When it comes to maintaining health, most people believe that dieting and drinking are two things that can rarely mix. The high sugar and high carb content of many alcoholic beverages make it a tough one to swallow for most dieters… quite literally!

Because who doesn’t want to reward themselves with a nice glass of red or a foamy cold beer at the end of a successful week of diligent dieting? Is the health industry trying to sap every last drop of fun out of our lives? Shall I just throw away my diet plan now and reach for the chardonnay? 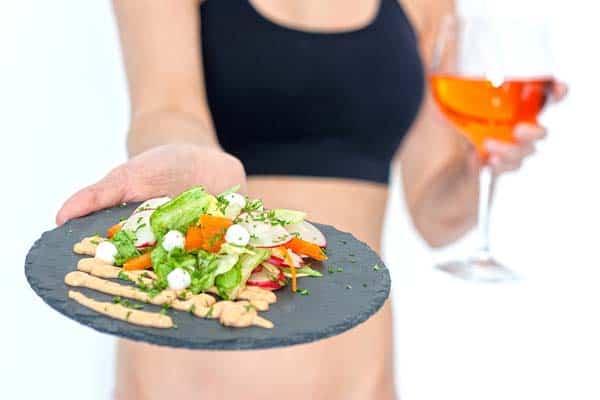 In short, no. Put the pitcher down. There are plenty of carb-free beverages currently on the market and we’re going to give you a comprehensive rundown of some old familiars, as well as a few that you may not have considered in the past. If you’re really lucky, you may not have to switch your favorite drink at all!

The ketogenic diet is one of the most difficult currently out there, with its strict metrics on fat, protein and carbs, it is not a diet for the slacker who likes to booze day-in, day-out. You will still need some degree of self-control!

And we’re not going to lie to you, alcohol is not great for weight loss. When you drink, your body’s primary goal is to burn the alcohol before burning your body fat. Also, as anyone who has grabbed a midnight burger after a night on the town can attest, booze does increase your appetite quite dramatically.

However, there are several workarounds, so you won’t have to sacrifice your keto gains. From dry martinis to club sodas, we cover most beverages you’ll see in bars and on the supermarket shelf. But before we buff our shot glasses, let’s have a brief glance at the keto philosophy.

The keto diet is all the rage in healthy-eating circles, its key principle being to minimize carbs and increase your intake of high-fat and moderate-protein foods, supplemented by various fibers. This causes the body to switch into producing ketones in the liver from the fat you eat and the fat in your body.

In short, the ketogenic diet has been proven to be the very best in fat-stripping diets and has gathered thousands of advocates in the healthy-eating industry. However, it requires precision monitoring of carbs, fats and proteins, meaning that one single high-carb beverage can send your macros spinning out of control!

Cautions About Drinking Alcohol On Keto

As mentioned above, when we’re drinking alcohol on a night out, we tend to crave large quantities of high-carb food, and when our inhibitions are lowered, more often than not, we give in to those cravings!

Just a single high-carb meal can throw your body completely out of Ketosis. If it’s just for a wedding or a birthday, this will not disturb your keto diet, but if it’s a once-a-weekend type of deal, you might want to limit your alcohol intake as you’ll find it much harder to shift those pounds!

Also, when you drink, the liver stops metabolizing fat and switches to breaking down the alcohol, so any carbs in your system that you haven’t burned that day will be immediately converted to fat.

Also, it’s worth mentioning that keto lowers your tolerance to alcohol, so excessive boozing might lead to injury and other serious risks to your health such as liver failure, not to mention a hangover that’ll leave you feeling like your soul has left your body and has no inclination to return! So be extra careful when drinking on the keto diet.

Okay, there’s the serious stuff out of the way. Let’s get onto the drinks!

Which Beverages Are Best For Keto?

Okay, there are a few fundamentals that we can cover right now before getting into specific drinks.

The first is that beer is simply not that great for keto. You heard of the term ‘beer-belly’? That’s because beers contain a lot of highly-digestible carbs that will easily throw ketosis completely out the window. There are a few low carb beers that we’ll discuss below, but they might lack flavor.

Wine is remarkably lower in carbs than beer, so if you are a beer drinker, it might be worth thinking about swapping the pint glass for a glass with a stem.

Pure spirits are the optimal drinks for the keto diet. Containing mainly ethanol and water they contain virtually no carbs and trigger no insulin response in the liver. They also have no nutritional content, with about 96 calories per 1.5 ounce shot.

However, bear in mind that if you’re mixing spirits with sweet drinks like soda, you might be significantly adding to your carb count. Remember: you can’t lie to your body!

In summary, if you’re looking to not slow down your body’s natural fat-stripping capabilities whilst having a few drinks, then we recommend spirits - that’s your whiskeys, rums, vodkas, brandies and gins - and wines, avoiding yeasty, starchy drinks like beer.

A popular drink for the more sophisticated, this is traditionally the top choice for anyone just looking to unwind during an evening.

Even when you’re keeping to keto and getting less than 20g of carbs a day, you can actually drink wine fairly regularly, maybe a few nights a week, obviously sticking to your metrics. 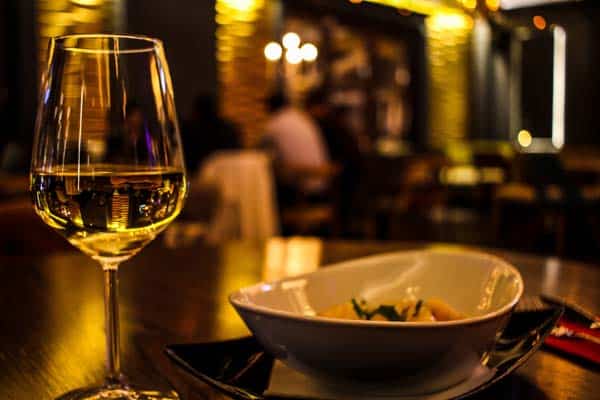 Dry wines have less than 0.5 grams of sugar per glass, and they have a very minimal effect on the body’s insulin production. So if you’re looking to stick well within the boundaries of keto and enjoy a few drinks a week, you can’t go wrong with a glass of wine!

However, dessert wines have much higher sugar content. A 3.5 ounce serving of port wine has up to 14 carbs, whilst White Zindafel wine contains 9 carbs per 5 ounce serving.

As we talked about above, spirits are absolutely the best choice for someone on the keto diet, all containing virtually zero carbs.

Here’s a list of some popular ethanol-based drinks along with their carb-per-glass content. You’ll be very surprised at how lean some of these drinks are! 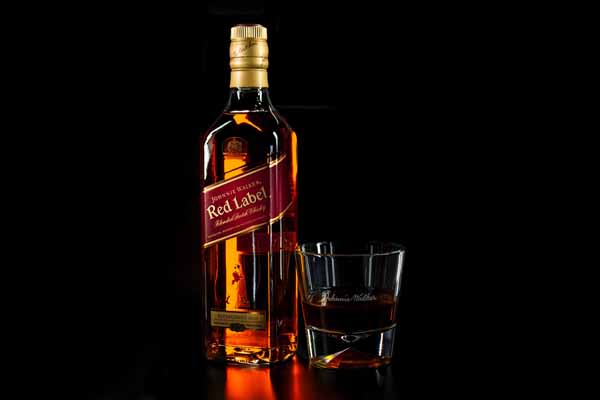 As you can see, when you add sugary mixers to these spirits, the carb count goes through the roof. So, we recommend when drinking spirits, always opt for a plain or tonic water mixer, or add a dash of lime if you’re craving that extra sweet taste!

Okay, now here comes the bad news for beer lovers. As we’ve already talked about, beer is not that great for the keto diet, containing a massive dose of carbs that the body will quickly convert to fat.

IPAs can be loaded with up to 20 carbs per 12 ounces, with regular beers such as pale ales and lagers containing somewhere between 9 and 16 carbs. That’s most of your recommended daily allowance on the keto diet! 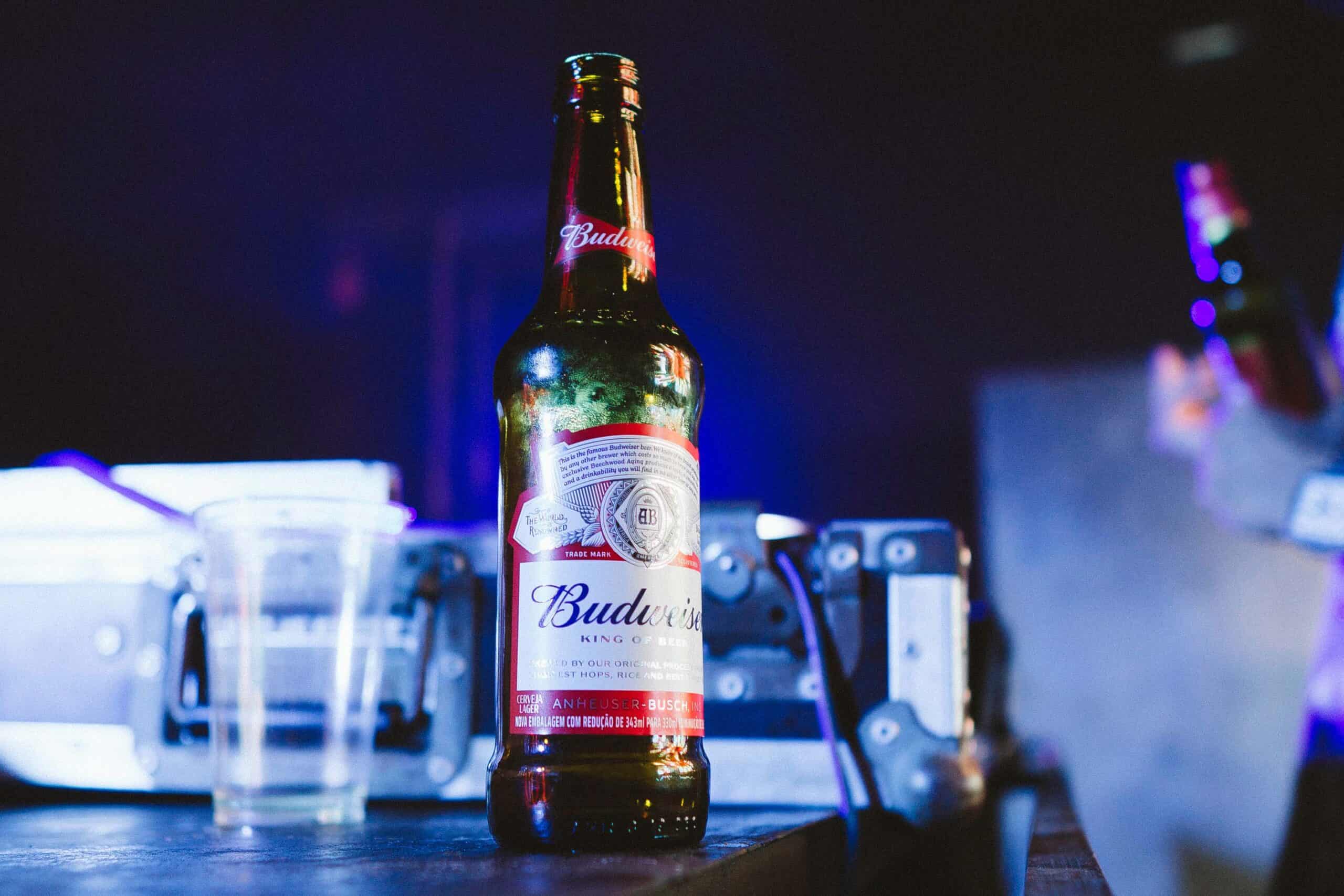 Below is just a brief list of some big brand beers and their carb count - sadly even the low carb beers are still much too far out of the keto diet range.

Packing 26 to 30 grams of carbs per bottle, these drinks are sugar bombs just ready to go off in your liver as soon as they’re ingested. We probably don’t have to hammer this point home, but they should definitely be avoided if you’re on the keto diet!

These cutesy little drinks suffer from the same problem as alcopops in that they are packed full of sugar. 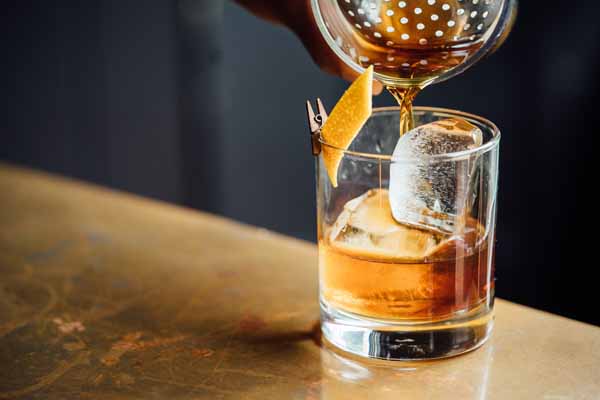 However, something like a vodka martini might be branded as a cocktail, but it isn’t! It’s simply straight vodka with a dash of vermouth and some olive flavoring. So you can still enjoy impersonating your favorite James Bond as and when you please!

Okay, so hopefully the list above has given you a little insight into which alcoholic beverages are the go-to for keto dieters and which ones are a definite no-no. Now, in black and white, we’re going to give you the top five best keto-friendly alcoholic drinks. Salud!