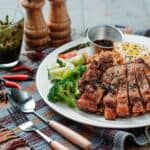 These healthy low-carb meal prep recipes will make a tasty addition to your low-carb and keto meal plans! They're ideal for anyone simply looking to reduce their carbohydrate counts and looking to improve their health with great nutrition. If you're new to meal prep, make sure to check out our meal prep beginner's guide! What's Considered a Low Carb … END_OF_DOCUMENT_TOKEN_TO_BE_REPLACED 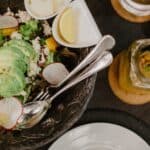 It can be tough to find vegan Keto recipes for meal prep since they tend to have meat or dairy. However, look no further; we've found them for you! And a lot of delicious ones at that. So if you're looking to try the keto diet and you're vegan, we've got you covered. Firstly, if you're new to meal prep, make sure to look at our beginner's guide. It will put you on the right … END_OF_DOCUMENT_TOKEN_TO_BE_REPLACED 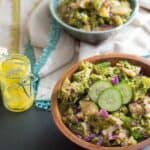 This Asian broccoli salad is perfect for your healthy meal plan. It takes just 12 minutes to make and uses delicious aromatics that are packed with flavor. While being packed with nutrition, this recipe contains just 118 calories per serving, making it perfect for anyone looking to lose weight. Why This Recipe Works This recipe uses many classic ingredients and flavors … END_OF_DOCUMENT_TOKEN_TO_BE_REPLACED 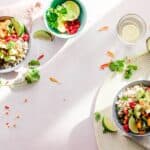 Are you looking to add variety to your lazy keto meal plan? If so, you're in the right place, but we're going to make them double as "lazy". Every recipe takes under 30 minutes while abiding by the 10% carbohydrate lazy rule. It means you can enjoy your keto diet without the tedious, time-consuming prep or macro counting time! This list is our favorite lazy keto meals all in … END_OF_DOCUMENT_TOKEN_TO_BE_REPLACED 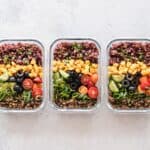 Are you tired of eating the same things over and over again because you lack inspiration? Let me fix that real quick. I made a list of some of the best low carb lunch ideas that you could think of. I have divided the list into four categories: Keto picnic food, Keto seafood recipes, low carb chicken recipes, and 8 recipes for yummy keto friendly soups that you could make in … END_OF_DOCUMENT_TOKEN_TO_BE_REPLACED 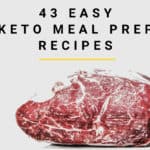 We're coming at you today with our list of cheap keto meal prep recipes, fully updated for 2022. If you're trying to find cheap keto meal prep recipes that are easy, and that actually taste good, this list is exactly what you need. I'm a huge fan of eating low-carb when I'm trying to diet, so I've got a few recipe lists you can use to find exactly what you're looking … END_OF_DOCUMENT_TOKEN_TO_BE_REPLACED 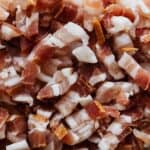 The concept of eating healthy has changed in recent years. Gone are the days when people thought that going fat-free is wholesome. Now, even nutritionists suggest replacing carbs with fat as a fuel source. If you’re on a Low-Carb-High-Fat or LCHF diet, make sure to get enough fat daily - with some fat bomb recipes at hand! If you more recipes like this, check out our list of … END_OF_DOCUMENT_TOKEN_TO_BE_REPLACED 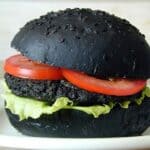 In 1762, John Montagu, the 4th Earl of Sandwich, was deep in the middle of an expensive game of cards when hunger overtook him and his fellow gambler. The ‘done’ thing would’ve been to repair to the dining room for sustenance, but that involved setting the deck down and taking up cutlery instead. Montagu declared that he would take his meat indeed, but only between two … END_OF_DOCUMENT_TOKEN_TO_BE_REPLACED 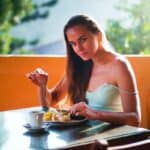 The ketogenic can make some dramatic changes to your body - that’s the idea.  You want your body to turn to fat sources for its energy so you can lose any, or at least some, of the unnecessary body fat that you might find yourself with. But, as you may know, it’s only achieved by ditching those carbs.  And none of us wants to give up on carbs forever.  Or even … END_OF_DOCUMENT_TOKEN_TO_BE_REPLACED 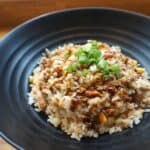 Rice is a meal planning staple. It’s quick, it’s easy, it’s inexpensive. What’s not to love? If you’re trying to lose weight, rice can actually make that much more difficult. Plus, rice gets a little boring. If you’re looking to spice up your meal planning and fast track your weight loss, you need to check out rice alternatives.  We’ve rounded up some of the tastiest … END_OF_DOCUMENT_TOKEN_TO_BE_REPLACED 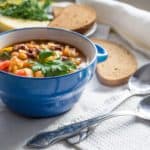 Sticking to your keto diet is hard work. You’ve probably got headaches, cravings, and are tired of eating the same thing over and over.  Maybe you aren’t on a keto diet, and just want some low carb recipes to mix into your eating routine.  No matter where you’re at, we want to help.  We’ve put together a massive list of low carb and keto crock pot … END_OF_DOCUMENT_TOKEN_TO_BE_REPLACED 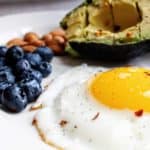 Breakfast is one of the most important meals of the day, but between family, work, friends and hobbies, it can be difficult getting it on the table in the morning. Why not make it easier for yourself and your family by meal prepping a healthy breakfast or lunch? If you’re specifically looking for keto breakfast ideas, you’re in the right place. Black coffee and plain eggs … END_OF_DOCUMENT_TOKEN_TO_BE_REPLACED 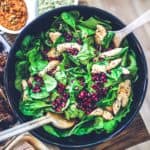 Wilted lettuce. Soggy vegetables. Tasteless dressing. When you think of salads being prepared days in advance, this is probably what you’re most concerned about. But meal prepping salads doesn’t have to lead to dull dressing or bruised greens. It can actually be a great way to get a healthy, fulfilling meal in that won’t turn off your taste buds. Better yet, no matter … END_OF_DOCUMENT_TOKEN_TO_BE_REPLACED